The Body in the Dales (Yorkshire Murder Mysteries #1) 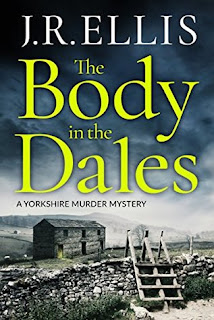 The Body in the Dales is the first book in a procedural series set in Yorkshire.  It's an ensemble cast featuring a methodical and cerebral lead character DCI Jim Oldroyd and co.  Originally published as The Body in Jingling Pot (a better title in my opinion) and released in 2017, this re-release is published by Amazon UK's crime imprint Thomas & Mercer and came out 9th August, 2018.  This version is available in ebook, paperback and audiobook formats and clocks in at 320 pages.

The pacing is very sedate and there is a large cast of secondary characters who aren't always clearly delineated.  I did enjoy this book once I was a bit more invested in the characters, though that honestly took a while. The dialogue was competent and readable from the beginning, and though there wasn't much of a hook at the start, the book really did reward the effort to keep reading.

A little side info:  When I was a kid, my best friend's family were keen spelunking enthusiasts.  I have always been a very bookish kid (big surprise there), but well, best friend and all, I tried my very best to get into caving along with her family.  It never took with me at least, the breathtaking glittering caves full of secret beauty never outweighed the squishy muddy stodgy cold drippy reality of squeezing along in the near-darkness and hearing my own breathing interspersed with the occasional grunt and *dammit* of something whacking against a cave wall or low hanging hard surface.

This book is about that.  Lots and lots of that. It is pretty well written and entirely readable.  It has a very 'English crime' feel and in a lot of ways reminds me of Deborah Crombie's Duncan and Gemma series.

Four stars, I'll be reading the next books in the series.