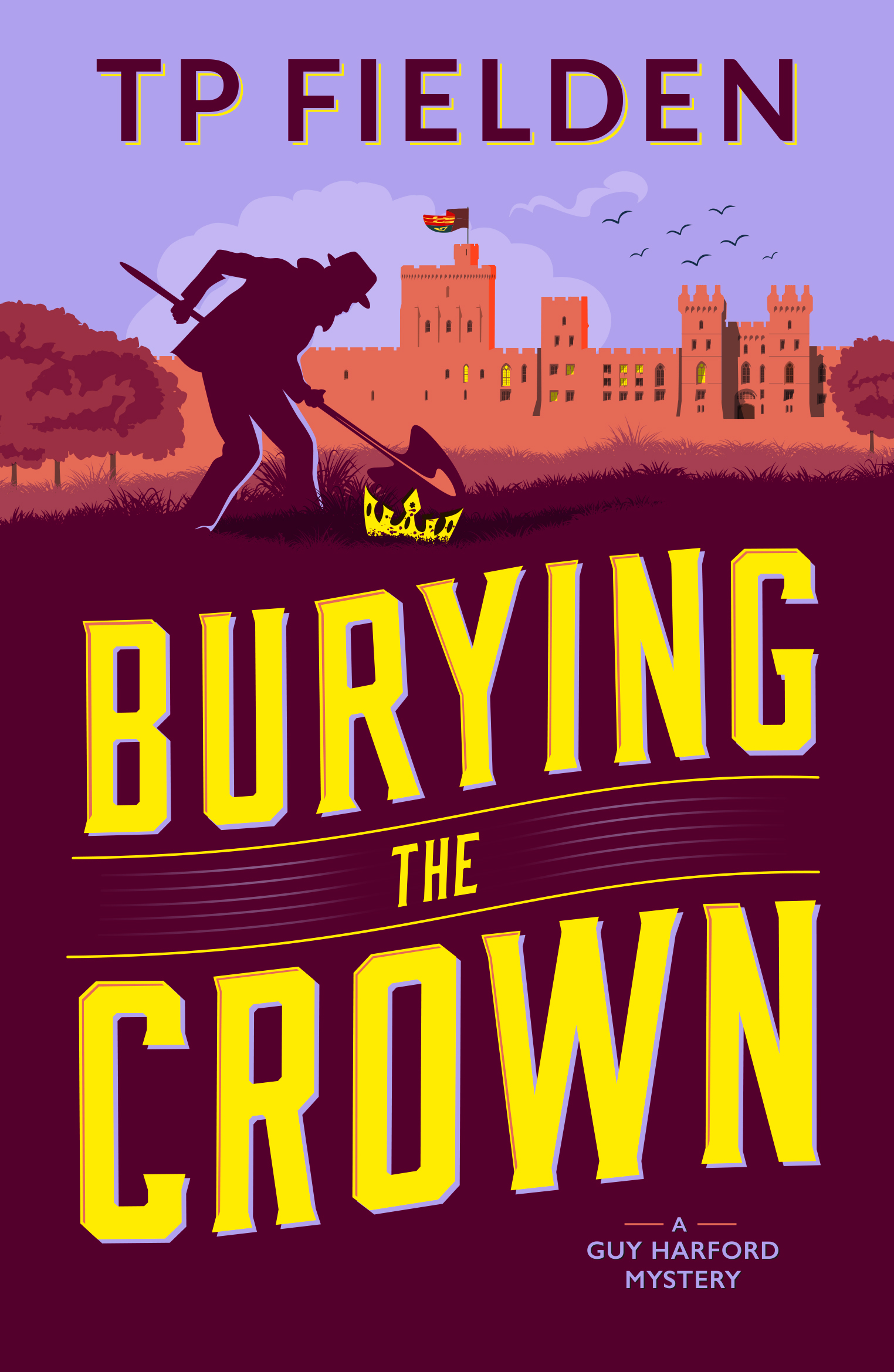 Burying the Crown is a historical mystery and the second book in the Guy Harford series by TP Fielden. Due out 22nd July 2021 from Amazon on their Thomas & Mercer imprint, it's 286 pages and will be available in paperback, audio, and ebook formats. For Kindle Unlimited subscribers, this book is currently included in the KU subscription library to borrow and read for free.

I really enjoy historical mysteries, especially with a royal slant. This is a capably written, engaging, and exciting mystery set during WW2. There's a lot of wit and light humor along with some skullduggery and wartime intrigue. I found that I was drawn in by the likeable protagonist straightaway. He's a man of many talents, practical, trustworthy, and discreet and he brings with him an ensemble pair of eccentric sidekicks: Rodie (a lady burglar) and Rupert (MI6).

The author has a rare talent for sweeping the reader along. I was rooting for Guy from the first chapter and found myself surprisingly moved and annoyed in equal measure when a braggadocios gossip writer lands him in the soup and sullies his reputation by falsely claiming that he was betraying secrets about the royal family and telling tales.

The story itself is written around a framework of real historical events and people and so well entwined that it's not always apparent where reality shades over into fiction. I was fascinated by the author's note on the story at the end of the book (huge spoilers - don't read the author's note before you read the book). Despite not having read the first book in the series, I had no trouble following the plot or keeping the characters straight in my own mind. Additionally, the author has included a list of dramatis personae at the beginning of the book, so it's easy to flip back to check if there's any confusion. (One reason I really like ebooks lately is the search feature).

The language is PG: hell, bloody, damned and so forth, nothing worse. Vernacular and spelling are British English (lorry, flat, torch, etc) but shouldn't present any problems for readers outside the UK.

Four stars. This is an enjoyable read and would make a good choice for fans of light spy cozies. I fully intend to go find the first book in the series.