Tale of a Boon's Wife 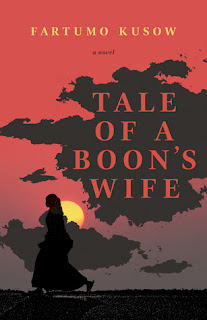 Tale of a Boon's Wife released on 10th October 2017, is by Fartumo Kusow from Second Story Press. Most of the press and reviews I've seen on this book touch on its value as a window into another culture and encouraging message of teaching and multiculturalism.  While most of the audience for this book are westerners who have never been touched by civil war and murder and strife in their own homes and backyards, I agree...  I would say however, that the viscerality and immediacy of this book come more from the very shared humanness we have with the characters.

For me, the power of this book comes from the compulsion to set ourselves into Idil's situation and imagine how we personally would react in the societal constraints and against the almost impossible odds she faced.  Her bravery and honesty would have broken anyone else.  I truly admired her decency and struggle.  It was a very difficult book for me to read.  I had to stop at several points, but felt truly compelled forward in the hope that Idil and her family would find peace.

The book is full of triggers, animal abuse, rape, murder, indecency, corruption, overwhelming poverty and sadness.  So often, we who live in comfortable relatively safe places in the world feel ourselves shielded from 'those other places'.  We surround ourselves with carefully moderated, relatively sanitized news coverage on the pain and suffering which happens on so much of the planet.  This book tore away my complacency at least temporarily.  It is a deeply profoundly moving book and I won't be able to forget it anytime soon.

In many ways it reminded me of The Good Earth. It's beautifully written and important.   It's difficult to write deeply about this book without spoilers, but I would encourage everyone to read it.  Wonderful book, superlatively written.

Five stars
Disclosure: I received an ARC at no cost from the author/publisher.