Of Menus and Mythology 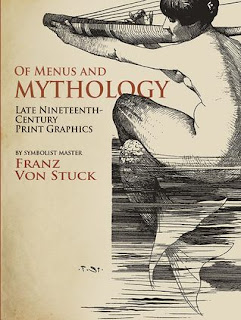 Dover Publications can always be counted on to provide a virtually neverending source of obscure beautiful graphics and arts books.  This one is no exception.  I wasn't familiar with Franz von Stuck before reading this book, he was an important artist and teacher in Munich in the late 19th and early 20th centuries.  His students included Paul Klee and Wassily Kandinsky.

The book includes 50 early plates which were originally used for commercial purposes such as menus, wine lists, and concert advertisements.  The designs are beautifully rendered and detailed.  Some of them are also quite humorous (the cherub holding up a giant shoe in absolute raptures of delight made me giggle out loud).

The book also includes a short historical introduction and summary which I found enlightening and interesting.

The world is a richer place because of Dover Publications

Five stars
Disclosure: I received an ARC at no cost from the author/publisher.