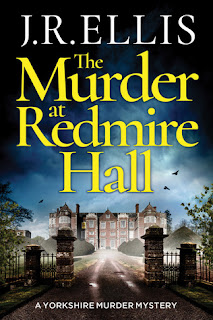 There is impressive writing continuity between this and the previous books in the series. They're all solidly readable and engaging books.  This book explores some golden age tropes such as locked door murder mysteries, stately home murder with a seething dysfunctional family and class resentments aplenty.  Though it's the third book with several recurring characters, it would be perfectly fine as a standalone.

I do feel that the author took too many liberties with the golden age amateur sleuth techniques (Poirot), up to and including a denouement with everyone gathered together in a room for the murder reveal.  It was intentional (including Poirot references written into the book itself), but it seemed a trifle over the top, given that DCI Oldroyd is not an amateur and the setting isn't the interwar period. It just came across as unnecessarily clunky. The mash-up of ALL the Christie plot devices was cheeky, but I think it worked in this particular case.

That being said, it's a very enjoyable read and although Oldroyd's personal life is something of a downer, he's an appealing character and the book is very well written, and I am looking forward to the next book(s).

Three and a half stars, rounded up for the writing.  Definitely a worthy read for classic procedural mysteries with a touch of the golden age.

Possibly worth noting for Kindle Unlimited subscribers, this book is included in the KU subscription.