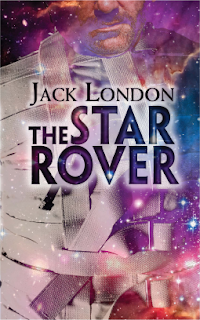 Originally published in 1915, this is an unabridged reissue to be released in September 2017 by Dover publications.

I was actually unfamiliar with this particular book by London, set up very loosely based on interviews he conducted with a San Quentin inmate named Ed Morrell.
The book is a series of short stories about the out of body/deprivation experiences of a prisoner on death row named Darrell Standing during the beatings and 'jacketing' which were common disciplinary methods used in prison at that time.  The lives which the main character sees during his 'travels' out of body are varied in history and coming back to his 'reality' in prison, ties the narratives together.

I'm reminded when reading classic writers, the ones we were all 'forced' to read in school, why they're remembered centuries after they die.  Jack London is amazing.  This book is really well written and full of depth and is genuinely moving. I found it much more engaging and mature than White Fang or The Call of the Wild.

Regarding the book itself.  The prisoner is on death row.  The beginning of chapter two reads:


I am Darrell Standing.  They are going to take me out and hang me pretty soon.

So I knew going in that it wasn't going to be an 'up' book.  It does manage to be so perfectly written that it is quite uplifting, however.  When the inevitable end came, it left me shaking:


Spirit alone endures and continues to build upon itself through successive and endless incarnations as it works upward toward the light. What shall I be when I live again? I wonder. I wonder. . . .

Perfect reissue of an amazing work, London's last work before his death in 1916 as far as I can find out.