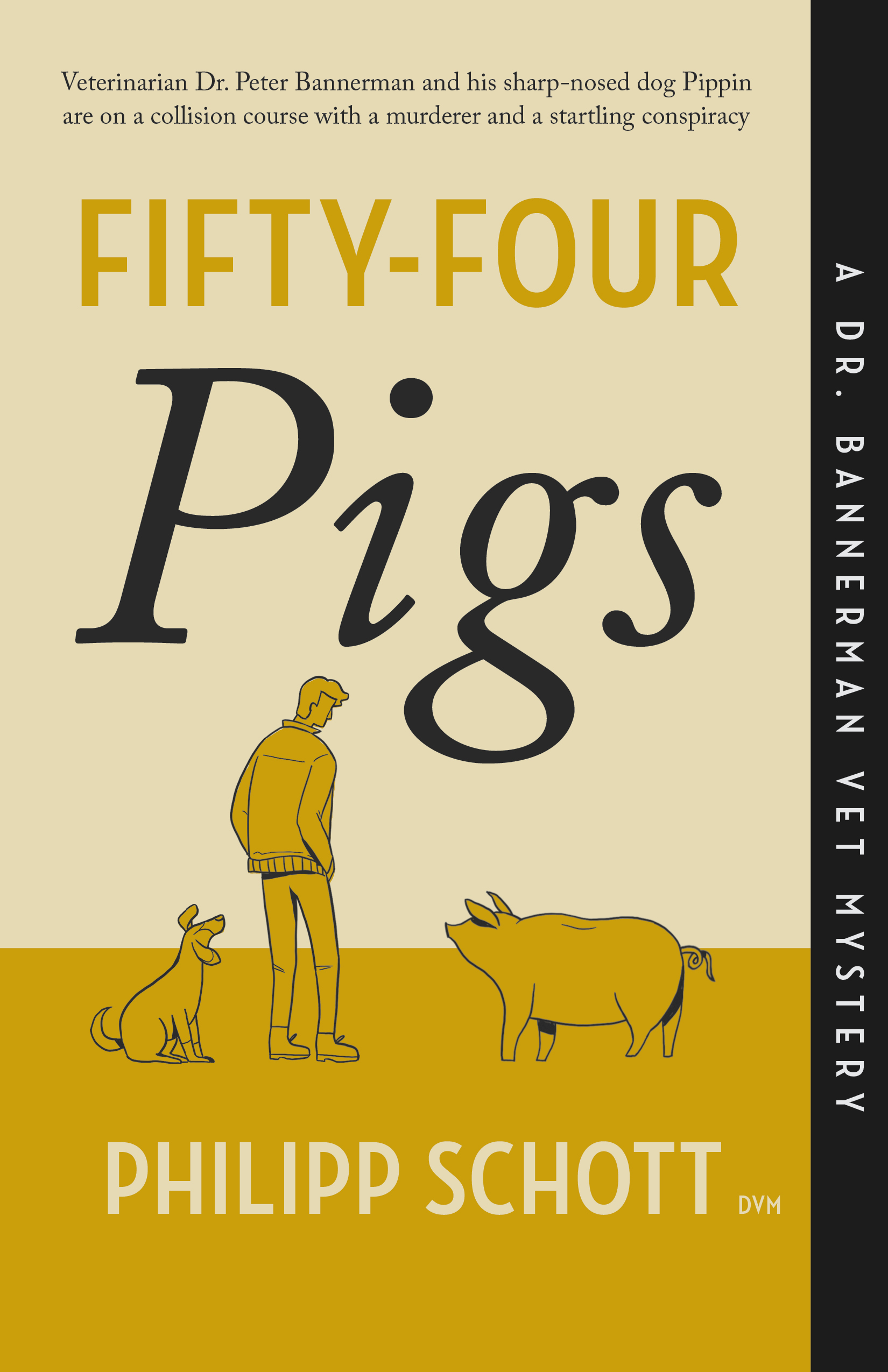 Fifty-Four Pigs is the first Dr. Bannerman veterinary mystery by Dr. Philipp Schott. Released 19th April 2022 by ECW Press, it's 256 pages and is available in paperback, audio, and ebook formats.

This fictive amateur sleuth mystery debut by real-life veterinarian Philipp Schott features a fictional problem solver who is also a veterinarian alongside his trusty canine sidekick Pippin, a husky/lab/border collie mix with a gifted sense of smell and an unusually high degree of intelligence to go with it. Dr. Bannerman struck me as an odd guy, generally likeable but also stubborn and often pedantic. I appreciated the nerdy culture references which the author wrote into the story, and it's cool that his wife is a nerdy fibre artist and knitting designer.

The book is well plotted and moves along at a good clip; definitely action driven and engaging. Unusually in this case, the characterisations are above average and believably rendered. There were a few places in the book where the dialogue didn't ring true for me at all, but all in all, well written and enjoyably readable. The overarching mystery is heavily foreshadowed and not a surprise, but there were motivations and hidden aspects which definitely surprised me. The climax, denouement, and resolution had a bit too much deus-ex-machina to be entirely satisfying, but overall I enjoyed it very much.

It's not really a cozy mystery at all and shares more in common with modern medical thrillers than "James Herriot". The author is clearly familiar with rural Manitoba and he does a great job describing the weather, the area, and the history of the place. There is some on-page violence as well as some mildly graphic descriptions of blood and fire/explosion damage to a skeleton. Language and dialogue are R-rated with some casual f-bombs scattered around.

The unabridged audiobook has a run time of 7 hours and 2 minutes and is capably narrated by Miles Meili. He has a rugged and rough-edged baritone which suits the dialogue very well. Sound and production quality are high throughout the recording.

Four stars. Very enjoyable and I'm looking forward to seeing what comes next for Peter, Laura, and Pippin (&co).