The Amazing Story of Lise Meitner: Escaping the Nazis and Becoming the World's Greatest Physicist 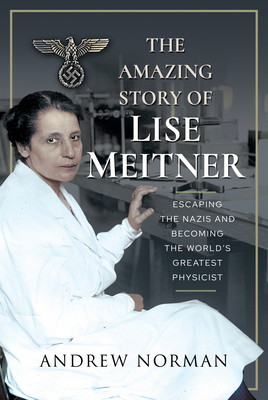 The Amazing Story of Lise Meitner is a new biography of the iconic physicist written by Dr. Andrew Norman. Due out 7th July 2021 from Pen & Sword, it's 256 pages and will be available in hardback format.

The book is layman accessible, and I found it a fascinating read. It's well annotated (and the chapter notes and index make for fascinating further reading) but doesn't get bogged down in overly academic language. The biography is straightforward and doesn't dwell too much on minutiae with a notable exception. The author is quite thorough in the chapter on the Meitner family connections which includes short one-paragraph bios on many of them which was interesting and gave some scope to the appalling losses during the war and how scattered families became during the early to mid 20th century.

The book is full of quotes from Meitner's own correspondence (she hints at lots of juicy academic gossip at the highest levels) as well as quotes from contemporary interviews and media reports on her and her work. What absolutely fascinating tales she could have told.

The chapter notes and bibliography are for papers and research many of which are presented in languages other than English (chiefly German) so readers who would like to delve deeper will need to read German or find translations.

Five stars. Heartily recommended for readers of science, history, and similar subjects. This would be a good choice for readers of science history who are not, themselves, physicists. Although the book is about physicists and their interactions and squabbles and politics, it's doesn't contain much actual physics (which is a plus for readers who don't have a strong maths or physics background).