The Black Coast (The God-King Chronicles #1) 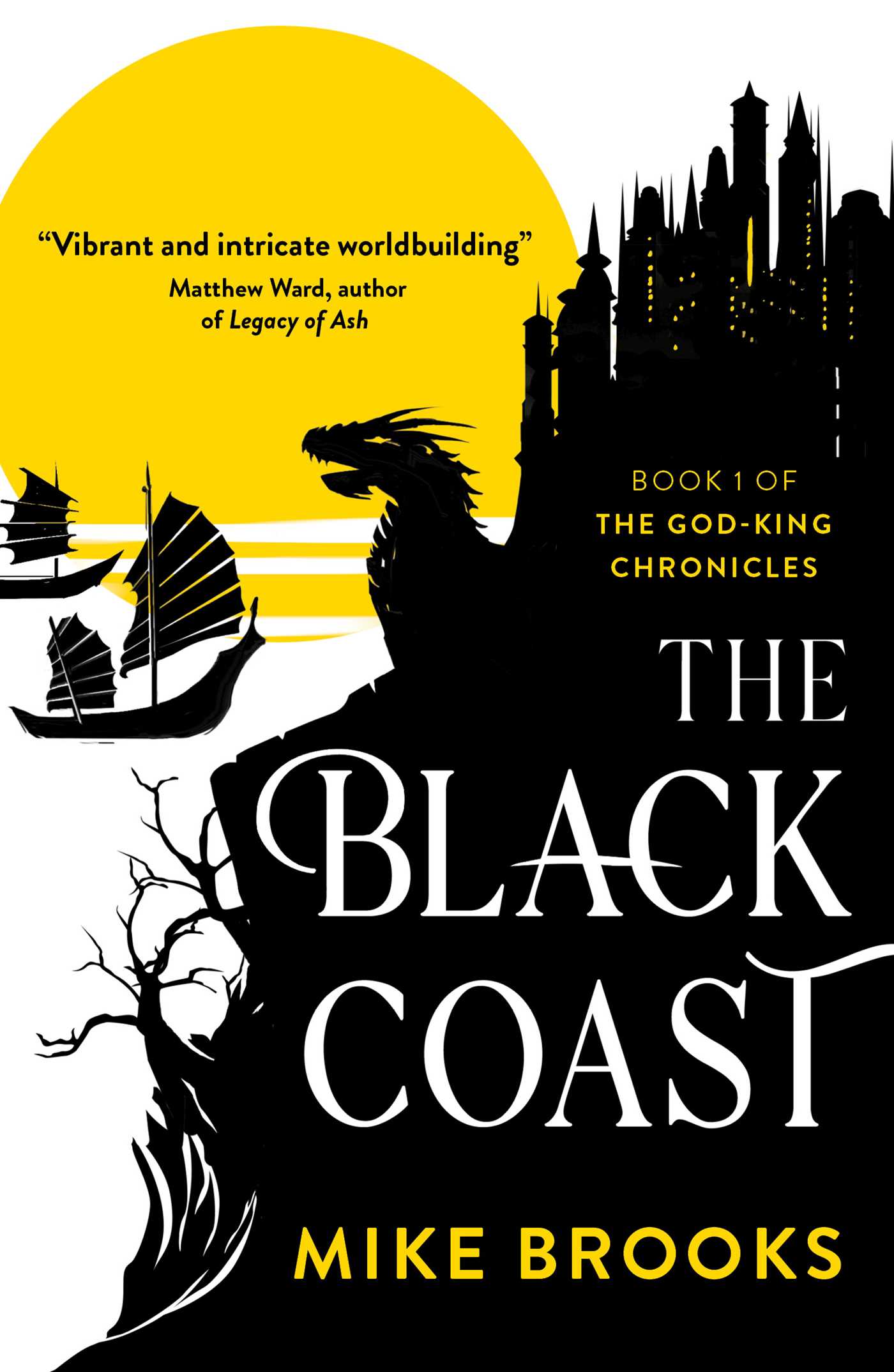 The Black Coast is an incredibly well written immersive epic fantasy and the first book in the God-King Chronicles series by Mike Brooks. Released 16th March 2021 (in NA, UK release was earlier) by Rebellion on their Solaris imprint, it's a satisfyingly substantial 670 pages (print edition) and is available in paperback, audio, and ebook formats. It's worth noting that the ebook format has a handy interactive table of contents as well as interactive links and references throughout. I've really become enamored of ebooks with interactive formats.

This is a classic brick of a fantasy with detailed world building, sea-raiders, political war, armoured knights and battle dragons. Frankly the author had me at battle-dragons. Instead of concentrating on massively detailed battle scenes (there are enough to satisfy but not too many), the author shows groups of people trying to cooperate to stave off disaster for both societies instead of warring with one another to the detriment of everyone. The characters are varied and three dimensional. It is classic epic fantasy and the author's voice and the solid world building are refreshingly satisfying to read. I savored this one over several sittings. It's complex, it's immersive, it's very well written and it's not at all derivative.

Four and a half stars. I am eagerly looking forward to the next books in the series. Full of an impressive amount of fantasy bad-assery. I heartily recommend it to fans of epic fantasy in the general area of Brandon Sanderson, Joseph Malik, and Joe Abercrombie but with glimmers of something all its own which I enjoyed so much.