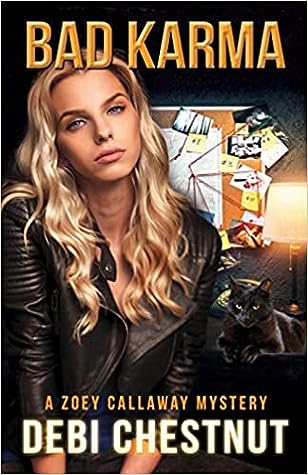 Bad Karma is the first book in a new PI procedural by Debi Chestnut. Released 20th Dec 2020, it's 208 pages and available in paperback and ebook formats. It's worth noting that the ebook format has a handy interactive table of contents as well as interactive links and references throughout. I've really become enamored of ebooks with interactive formats lately.

This is an engaging, fast paced, well written PI/amateur procedural with a young female protagonist who is looking into the sudden death of her uncle, also a PI. A package in the mail with a letter from her uncle along with a USB drive seals the deal, and she's determined to get to the bottom of the case.

It's a good (very fast) read, but...  I found the dialogue uneven. There are some characters (her mother for example) who are simply toxic and 100% annoying. I could understand her mother being distant and/or manipulative. She's straight-up abusive and it didn't work for me within the context of everything else about the protagonist, Zoey, being competent, intelligent, and moderately badass. The small-town police being as utterly incompetent as they are also didn't really work for me. They were *hopeless* and unprofessional. There's also a subplot which seemed to foreshadow some light paranormal content in future installments and it felt separate from the style of the rest of the book, which is very realistic and not paranormal at all.

Four stars. It will be interesting to see where the author goes with future plots and how the characters develop. The language is clean (a few "damn"s, nothing worse) and no graphic sexual content. 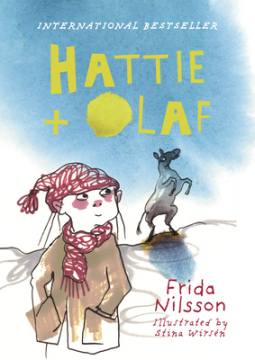