The Art of Being Bill: The Many Faces of Awesome 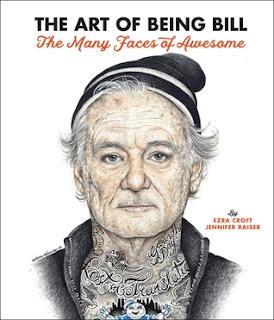 The Art of Being Bill is an exhibition catalog and anthology of commentary about Bill Murray and his long career as a cultural icon. Released 9 Oct 2018 by Quarto on their Race Point imprint, it's 176 pages and available in hardcover format.

I can't think of a more versatile actor than Bill Murray. He's been a significant part of movies which run the gamut from poignant drama to utterly silly slapstick and everything in between. He's a gifted actor with an incredibly mobile and expressive face. Combined with the many graphic arts interpretations included in the book, this is a smorgasbord of everything Bill. The varied artist interpretations are as distinct as the artists themselves. There is also a lot of commentary and background information about his movies which was new to me.

I really wish I could've seen the exhibition when it was live.