The Body in the Ballroom 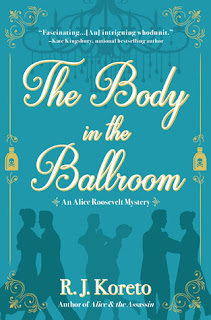 The Body in the Ballroom is the second book in the Alice Roosevelt mystery series by R. J. Koreto. Published by Crooked Lane Books, it's 293 pages, and released 12 June, 2018.

This is a period cozy murder mystery written around a framework of actual history and historical characters. For fans of period cozies, this one is well written and well plotted. I admire the author's facility with lining up a veritable stable of possible murderers and eliminating them one by one.  My 'favorite' for whodunnit was eliminated by the middle of the book and the denouement had me sitting up in my reading chair saying 'well played, Mr. Koreto, well played'.

First daughter, Alice Roosevelt, and her secret service bodyguard are back in this book and investigating the murder of a despicable but rich and powerful man at a debutante ball given in honor of Alice's friend.

There were several places in the narrative where I found myself yanked out of my suspension of disbelief because of anachronistic behaviors or actions from the characters.  I give the author a lot of latitude because it IS a cozy. People who come into the series expecting anything resembling meticulously rendered history are going to be disappointed.  I also felt that there was entirely too much word count devoted to smoking (rolling, lighting, etc), but in the Edwardian era I guess they did smoke a lot.

Alice was depicted as mostly playful and occasionally scandalous, and I liked her a lot better in the pages of this book than the often wantonly malicious real-historical-version. I liked that she visited her bookie, drank and otherwise did pretty much exactly what she wanted.

The author's use of the first person narrative was deftly handled.  He's a gifted and capable writer.

Four stars, I enjoyed it very much. The book can easily be read as a standalone, there won't be any trouble getting up to speed and figuring out who's who. 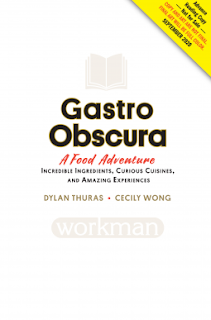