The Archive of the Forgotten (Hell's Library #2) 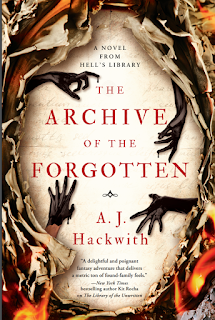 The Archive of the Forgotten is the second novel in the Hell's Library trilogy by A.J. Hackwith. Due out 6th October 2020 from Penguin Random House on their Berkley Ace imprint, it's 336 pages and will be available in paperback, audio, and ebook formats. It's worth noting that the ebook format has a handy interactive table of contents as well as interactive links. I've really become enamored of ebooks with interactive formats lately.

This is a very intricately crafted book, told in 3rd person alternating PoV from the 4 main characters. There has been a shakeup in the academic library structure of Hell. Interdepartmental strife is starting to settle down and the library is establishing a new status quo when a mysterious ink begins leaking out of the books damaged in the aforementioned contretemps. Several of the secondary characters along with the main characters have theories about what is happening, if it's dangerous, and if so, how to fix it.

For anyone who's spent much time in academia, the interdepartmental interplay will be instantly recognizable. I found it delightfully, sharply, wryly imagined and depicted. The narrative arc felt somewhat slow to me because the book is heavily character driven and ponderous - there's a lot going on. I also don't think it works well as a standalone; pick up and read the first book in the series before tackling this one.

I adore bibliomysteries; it's probably my favorite fantasy subgenre. This is definitely a beautifully well written example. For fans of Fforde's Thursday Next series, this is much more serious and somewhat darker in style and content. I would say it compares more favorably with a long story from Gaiman's Sandman - Lucien from the Dreaming's library would fit right in in this story.

Four stars - but not a standalone read. 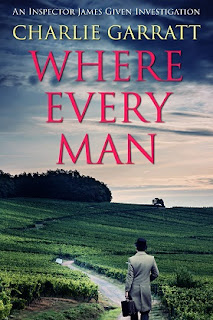