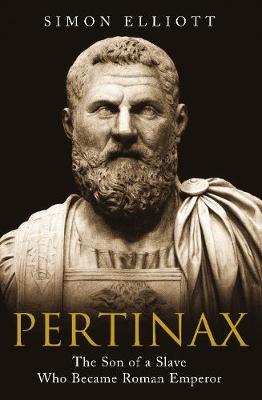 Pertinax is a well written layman accessible historical biography of the Roman emperor Pertinax. Due out 30th Sept 2020 from Pen & Sword on their Greenhill Books imprint, it's circa 240 pages and will be available in hardcover and ebook formats.

This is a careful and well written story of an emperor who might otherwise have been simply a footnote in the history books. As the short lived (3 months) first of the emperors whose assassination marked the start of the year of the five emperors, Pertinax was a self made man who moved up through the ranks from the lowest to the highest social strata.

The book is meticulously annotated throughout. The author has cited both period and modern scholarly research to support the narrative. There are numerous chapter notes, a timeline, and an index. The bibliography notes alone will keep keen readers reading for ages. Probably the most engaging part of the book for me were the numerous photos of buildings and artifacts which give a comprehensive context for the history. It was strangely moving to see the places where Pertinax himself traveled and lived.

The author has a casual academic style of writing; accessible and careful, with proper annotation, but not overly convoluted or impenetrably difficult to read. He manages to convey a wealth of information without being pedantic or preachy. I also really enjoyed reading the historical timeline provided by the author which showed how closely Pertinax's rise to power was intertwined with place, with social development and expansion, and with the other men of influence who lived contemporaneously (and who were eventually responsible for his downfall).

Five stars. It's abundantly clear that the author has poured prodigious effort and careful academic research into this tome. I can't imagine there's much left unanswered about the history or reign of Pertinax. I feel much enlightened anyhow. Despite being a student of Latin for many years (and a product of 7+ years of formal Latin instruction) and a huge military history nerd, I had only the mildest familiarity with Pertinax (or the year of the 5 emperors).

Mochi Magic: 50 Traditional and Modern Recipes for the Japanese Treat 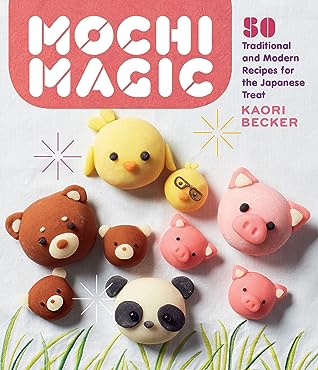