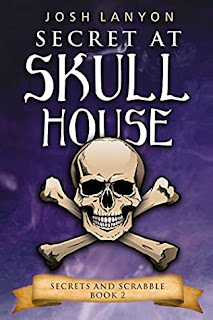 Secret at Skull House is the second book in the secrets and scrabble cozy series by Josh Lanyon. Released 28th April 2020, it's 208 pages and available in ebook format.

As a light and engaging series, this one is a winner. Protagonist Ellery is back to being a suspect in a murder only weeks after solving the murder from book 1. That obviously puts the skids on his budding friendship/romance with the local island police chief, Jack.

Although this is the second book in the series, it works very well as a standalone. The author is a technically adept writer and provides necessary backstory without info-dumping. The narrative is lighthearted, including an ensemble cast of oddball small-town characters.

There are some fairly unbelievable plot developments (including a group of senior citizen amateurs trying to help clear Ellery who call themselves the Silver Sleuths), but it's a village bookstore cozy, so it's really part of the whimsy.  There's also the required slow-burn on/off romance subplot with the handsome lawman, again par for the course.  The language is clean, the murder(s) are off screen and free from violence, there's no sexual content; it's a well written and charming bookstore cozy. The author/publisher has taken pains to make it clear that the romance is between two men, so I won't mention that, but there's absolutely no content which would scandalize anyone's auntie.

Charming, diverting, and well written. I intend to seek out future volumes in the series. Four stars.

Disclosure: I received an ARC at no cost from the author/publisher for review purposes
at May 17, 2020 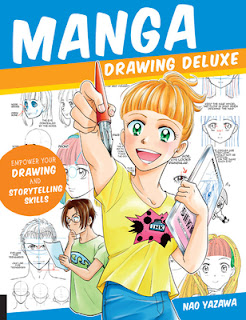