A Bond Undone (Legends of the Condor Heroes #2) 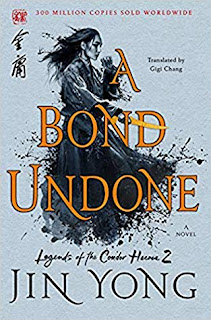 A Bond Undone is the second book in the Legends of the Condor Heroes series by Jin Yong. Originally published in 1959, this reformat and re-release from Macmillan on their St. Martin's imprint is 544 pages and available in hardcover, audio, paperback, and ebook formats.

This is an action epic in the wuxia style. As such, it's a nonstop martial arts movie set against a lush background of honor, love, filial duty, power, moral obligation vs. personal desire and expectations. The story picks up immediately after the first book in the series and I wouldn't recommend it as a standalone. (In fact, this review was delayed because I tried to read it without having read the first book, and couldn't understand much of what was going on, so I had to go back and read book one).

It reads well in translation although the non-stop action and grandiloquent style can take some time to get into. I highly recommend the series to lovers of martial arts and campaign epic fantasy. It's nice to see these books being released in translation to a new generation of readers. 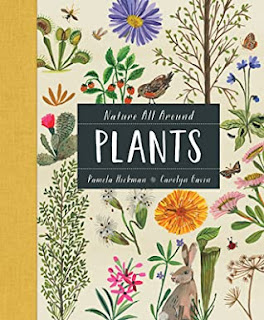