Daughter from the Dark 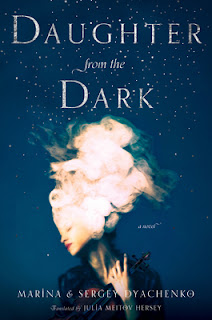 Daughter from the Dark is a dark modern urban fantasy with a touch of horror by Marina & Sergey Duachenko. First released in 2006 in Russian, this translation 11th Feb 2020 from Harper Collins is 304 pages and available in hardcover, audio, and ebook formats. It's worth noting that the ebook format has a handy interactive table of contents as well as interactive links. I've really become enamored of ebooks with interactive formats lately.

This is a difficult read to categorize. It slips between urban fantasy and horror with a weird nightmare quality that feels tense and unsettling at the same time. None of the main characters are wholly likeable including the 10 year old changeling, Alyona. She's creepy, manipulative, mad bad and dangerous. Her reluctant "rescuer" (?) DJ Aspirin is a slick ladies man, perfectly willing to use his position as a popular radio and club DJ to acquire and discard women in a series of meaningless one-night-stands and he doesn't rate his friends much higher. His entanglement with Alyona he reacts to only as it relates to him and his inconvenience. There are several scenes of physical and emotional abuse which would be more tragic except for the fact that Alyona isn't human (probably) and she doesn't seem to -have- any emotional range except inasmuch as it will get her what she wants (which is pretty diffuse from the information given in the book...she's either in this realm to find and save her brother, or kill everyone, or herself, or all of the above). There's a lot of narrative wrapped around music and a creepy vodyanoy(ish) secondary male character who is threatening and weird all at the same time.

The book is translated from the original Russian and it -really- reads like literature in translation. It feels like a -very- direct translation (and furthermore it feels like the jaggedness of the translation was entirely intentional).

I found this an odd and unsettling read. I think it would appeal to readers of edgy urban fantasy/light horror. I'm not familiar enough with Russian folklore to know if this is a modern reinterpretation of a traditional fable, but it didn't ring any specific bells for me.

Weird, disjointed, discordant, disturbing, but well written. Four stars. I am glad it's a standalone. It was a little too creepy for my taste but I did enjoy reading it. 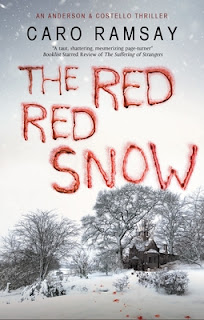